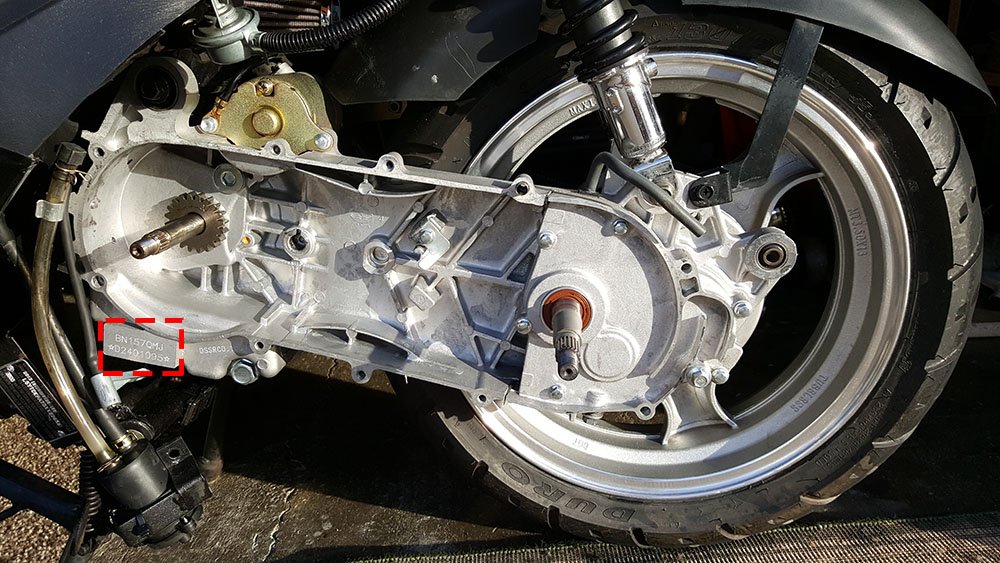 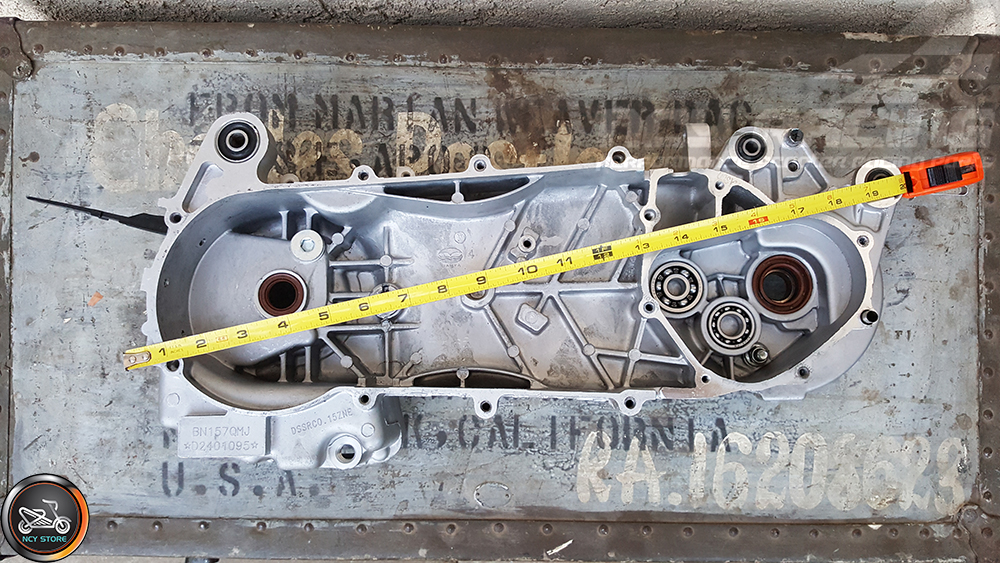 Where do we locate GY6's engine code and how do we decipher what each character means?

GY6’s engine code is located on the lower side of CVT, just beside the oil drain bolt. The first set of numbers above is the scooter engine code. The secondary number below is the engine's unique identification numbers (engine registration numbers). 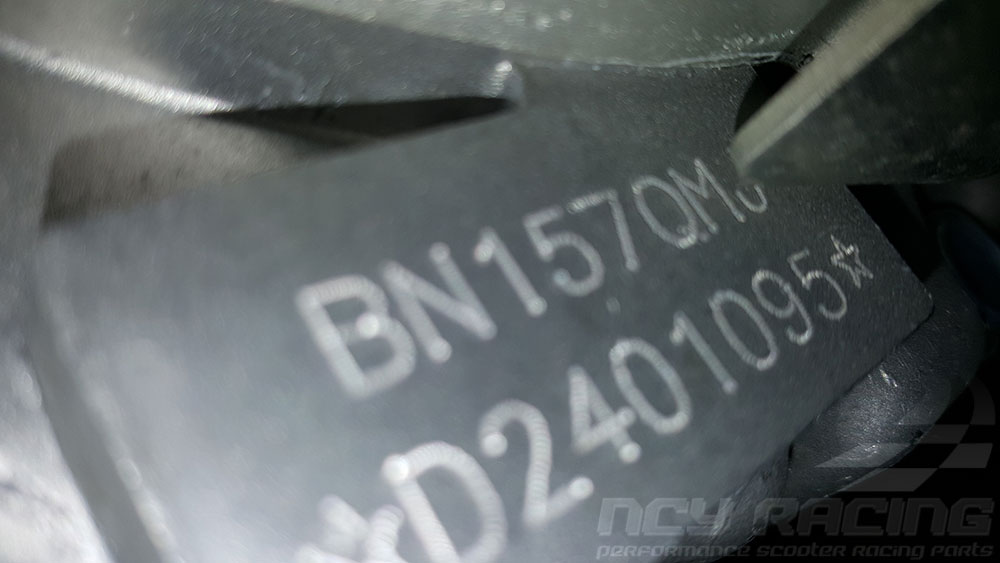 Example Engine Code (above) is “BN157QMJ”
The first two letters are the manufacture acronym for its’ make or model, "BN" means the Chinese scooter model "ZNEN" manufacture by Zhongneng Industry Group. The three digits and three letters set that follows is the important engine code that will cover here, and how to decipher these six-character codes.

The first code digit: “1”
Corresponds to the number of cylinders. All GY6 engines are a single-cylinder with single-piston, so this number will always be uno—one. 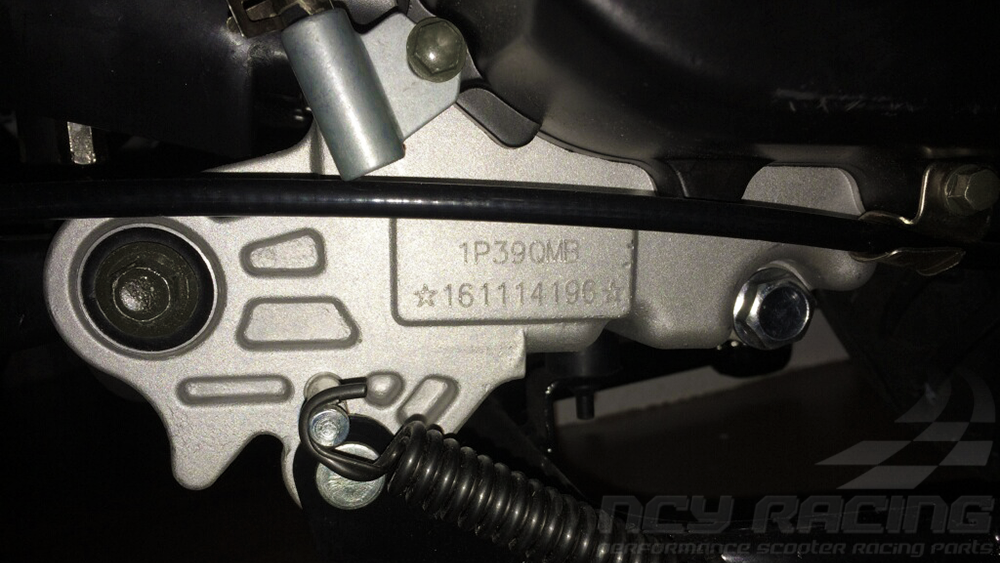 NOTE: If you have a letter “P” after example “1P”, stands for (P)air valve horizontal engine. The P series engine has a taller cylinder head and a shallow recess cam seating that gives it a slightly more performance than non-P GY6’s engine code. However, if both cylinder and cylinder head is swap out it will be identical to the non-P GY6 139QMB engine. So, parts are interchangeable as long as both are replaced cylinder and cylinder head from 1P and non-P. But why? Because their so more upgrades available for non-P type engines include performance camshaft, etc.

The second and third code digits: “57”

This shows the uno cylinder piston size in millimeters, for example, if the engine code is "..157QMJ", the piston size is 57mm. And, vary by manufacture slightly by 0.2mm, its cylinder sleeve (skirt) could be 60.2mm which allows it to slip into a 157QMJ engine's crankcase bore opening 63mm. You can see there room for a bigger cylinder skirt thus it's piston size upgrade for the 157QMJ engine. Which is cover in blogshare "GY6 Engine [Big Bore Kit]."

Another example: if it was a 139QMB the "39" would mean that it has a 39mm piston with a cylinder outer skirt of 44.78mm, which may vary by manufacturer slightly off by 0.2mm, allow it slip into the 139QMB engine's crankcase bore opening 52.5mm max. So you can see their room for a bigger cylinder upgrade for the 139QMB engine as well, cover in blogshare "About 139QMB 139QMB 49cc."

The fifth and six code letters: “MJ”
Stand for Michael Jordan… just kidding. The “M” means the engine type is a motorcycle (motor-cycle relates to scooters\atv\buggies as well). The sixth letter thereafter is code for engine displacement size measure in "cc" (cubic centimeter). See the table below. Notice as each alphabetical order B-to-Y so is the engine displacement CC increases incrementally 10cc, 15cc, 25cc, 50cc, and 100cc.

Engine Manufacturer will engrave more characters, added acronym (code) in front as we see in the first picture but also in the back of the engine code line for their added specific GY6 variant makes/models' acronym like the example below. 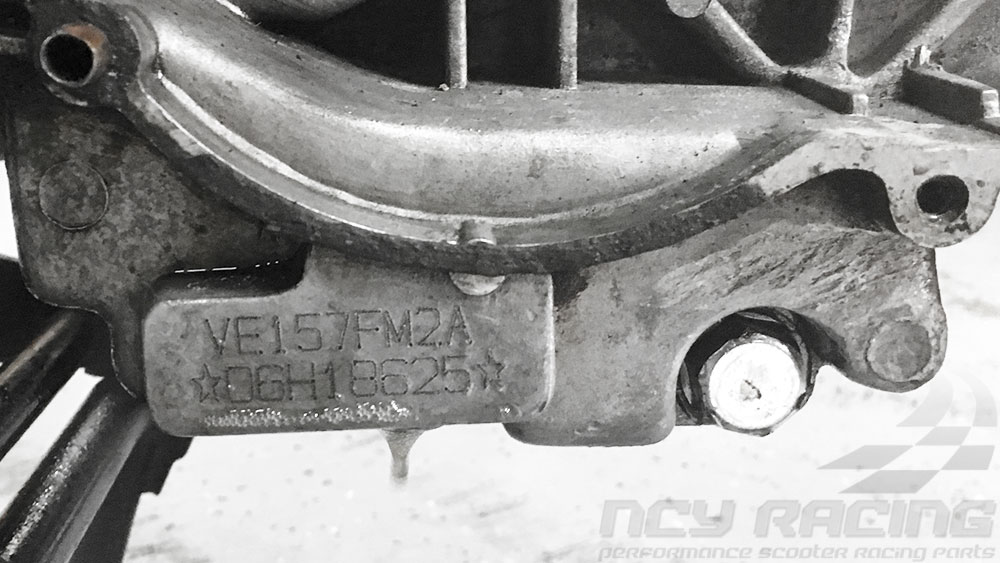 That’s it. Now, you can read and decipher most GY6's engine code out there. If you still have questions on GY6's engine codes leave a comment below and we as a community of scooter riders, two or three-wheel enthusiasts, or atv\buggies can reply to your comment here on our blogshare. :) Check out the latest GY6 aftermarket performance parts and accessories, click the link here. 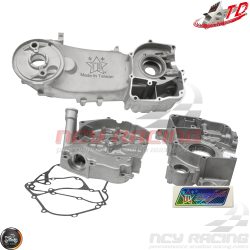 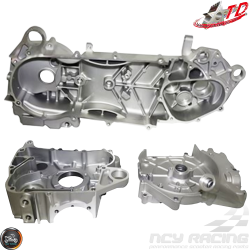 I have a hammer head engine has an external oil cooler I’d like to figure out exactly which engine it is so I can build the right. The engine family is ATJPX 150GAL. I’m assuming it’s the gy6-a model but I’m not sure. If you could let me know. I have 3 other engines as well clearly marked. 2- p157qmj and 1- 15qmj.

my engine code is XS1P58QMK sym symphony st 200i carburetor .. 168.9cc .. but its not meeting my expectations ... honestly my old 57qmj performed muchhhh better

I have a go cart with bad right no compression. The motor number is BD1P390. I need to order new rings. Thanks what size is motor. I was told it’s 150cc. 38mm bore.

It could be up to a 90cc . Remove your piston and measure it

Ive seen a video on youtube that the p code gy6 50cc id actually a 64 cc engine.. it has a slightly larger bore tgan the non p code..

How does a person figure out which motor to order for a Menards ys 200 with a gy6 150cc motor it doesnt seem like anyone wants to own up to this fine piece of equipment. After getting a coil that worked off a Johnson boat motor, a solenoid off a ford pu it doesnt have enough compression to get 1200 rpms out of it. Is there a long block available for this beast..Menards knows nothing!

JL1P57F I\'m looking for a replacement engine. Do you know where to get one.

Hi Freddie. I see you have the exact motor as I do. Did you ever figure anything out on it? Also was it by chance on a 150cc Helix go kart?

Looking for anything really on xs1pe39qma 2 stroke engine used in sym kymco etc cannot find anything on it apart from what I already know ¿????????

Hey, wondering if you could help me. I have a little Sundiro Chinese quad. I\'m trying to find out what kind of motor I have. It seems to be very similar to a gy6 engine. The oil fill cap is mounted to the valve cover. It also has a sight glass on the bottom left hand side cover to determine the oil level. I\'d assume the 4 wheeler is a mid to late 90s model. I can\'t identify the number stamped on the frame or the number stamped on the engine case. The case number is ae07100040. I can send some pictures as well. Appreciate any help. Thanks

You should also be able to look it up in an online VIN (Vehicle Identification Number) database. Vehicles manufactured in mainland China will start with an "L".

evr1253cx5c000040 is the only number that I can find stamped on the frame. It\'s on the front middle cross bar below the steering stem. Doesn\'t decode though. The motor doesnt have a code on the bottom side of the case like most. I\'m needing a top end, but for the life of me cant find any information about what I have.

I have same motor to Justin

Dude, it\'s so obvious that you have no idea what you\'re talking about. It doesn\'t matter how high or low the cam sits in the head. How is that going to advance or retard the timing? It\'s NOT going to! If you set the cam with the timing marks lined up and the crank at tdc then the timing will be correct. If you\'re retarded and get the timing off by one tooth then it will inevitably be just as you are... Retarded! In my case, it would be Advanced. Cam height has no bearing on cam timing. Btw, the chain tensioner will also make up for the minimal difference in chain tension. That\'s why it\'s called a "tensioner".

Hello I have a weird gy6 engine that I had purchased and it\'s a ATV. The engine is stamp with XF-147QMF . I was told the ATV was 90cc also did some homework and found out that is a short case because I only have 8bolts that hold the belt side case. I would like to know how big I can upgrade the piston and sleeve without change valve train.

My engine starts with XY157QMJ. Anyone know what the xy means?

My Taotao targa 200cc has identified on the engine as 161QML? Anyone else who knows or has info on it, please help. As I don\'t even know what parts to buy . I looked every place and only found out that it might be a B block?

I was told that mine was a (K-block) 61mm piston . Hope this helps

I have the same problem and the same exact number. I only learned that I might have a K series which is supposedly a European style???

I have a quad with \r\n HS1P57QMJ *07001127*\r\nSomeone with more drugs in their system than brains in there melon, messed with the wiring. It needs a while new harness. Any help.

Hi got a new engine BN157QMJ long case but looking for exhaust. I have tried my old one but won’t fit and don’t understand why as it’s the same engine

Any idea who the manufacturer of an engine with first code letters "TK"?

I have a 139qmb scooter which is a 50cc and the motor mount is on the bottom of the case. Im trying to decipher the engine codes to get a 150cc short case that has the engine mount on the bottom (as opposed to the top tabs by the starter)

i am looking parts for my Go kart 150 CC engine.

What engine is this thankyou

Hi I have a new engine it’s a BN 157 QMJ but I’m having difficulty of finding an exhaust for this. Anyone know what exhaust fits this engine thanks

I am looking for parts for my Coleman Mini Bike!!!

I am looking for a part for Coleman Mini Bike!!! 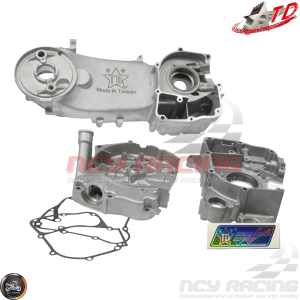 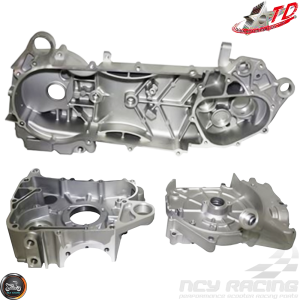